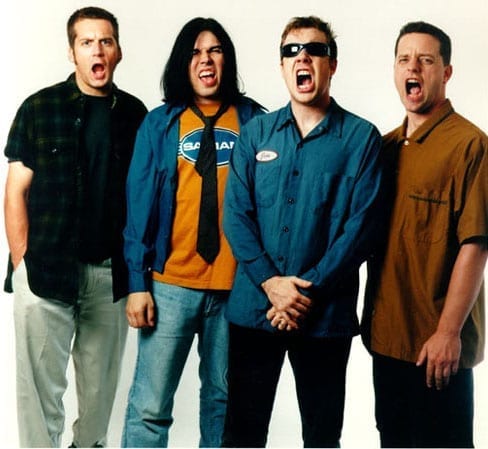 Formed in 1989 by former DYS, Dag Nasty, & All frontman Dave Smalley, Down By Law toured the world and recorded eight successful studio albums before the band’s hiatus nine years ago.

In 2008, Dave and lead guitarist Sam Williams, began to get the DBL itch again and decided to lay down a couple of new tracks and see where it might take them. Both members were inspired by the music and the positive fan feedback they recieved as the news about their recording sessions spread. So excited, in fact, that less than a year later, the band embarked on their first tour since 2003, where they played shows in South America and the United States. They followed that up with a visit to the Netherlands and several other one-off shows including an appearance at the 2011 Punk Rock Bowling Festival in Las Vegas.

In early 2012, Down By Law signed with DC-Jam Records and entered a Tampa, Florida recording studio in a quest to finish the album that Dave and Sam began work on in 2008. The completed 16 song record was then shipped to Ft. Collins, Colorado to the Blasting Room Studios where it was remixed by Smalley’s old friend and bandmate, Bill Stevenson (Descendents, Black Flag), and then forwarded on to L.A. based D.O.B. Sound where it was mastered by Derek O’brien (Social Distortion, Adolescents).

The long awaited album, titled “Champions at Heart”, was released on August, 9th, 2012 through DC-Jam Records.

Videos
Music: Down By Law
Releases